Adjusted indoor schedule or no practice on the dates below 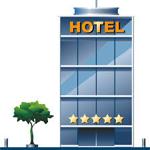 This is a stay and play tournament. Follow the link to see the list of the approved hotels. Book your hotel using this site. Click the NSC All American Cup image on the second page of the link to get the list of hotels for this tournament

Hotels with blocked rooms for Blaine

US Youth Soccer – Code Of Conduct For Soccer Spectators

1. As spectators we will refrain from booing or yelling at officials at any time during a match because we are aware of the following:

a. Such behavior on our part sets a poor example of sportsmanship.
b. Such behavior reflects negatively on our community, our team, our players and us.
c. Most youth soccer officials have had limited experience and formal
training and do the best job they can, given these limitations.
d. Most soccer officials make correct calls even though we sometimes see
the incident otherwise.
e. If officials do make incorrect calls during a match, the following
circumstances usually apply:

i. The number of poor calls usually balances out for both teams.
ii. No one is perfect.
iii. The officials don’t have the same observation point afforded the
spectators sitting in the bleachers.
iv. An occasional incorrect call seldom affects the outcome of a
match.
v. There are more effective channels for correcting poor officiating
than verbal abuse during the match.
vi. We don’t really know how difficult it is to officiate a soccer match
until we’ve run on the ‘pitch’ in the official’s ‘boots.’

2. During a match we will refrain from yelling at players on either team because we are aware of the following:

a. They are young people, not soccer professionals, who, due to limited
playing experience and great enthusiasm, may make mistakes.
b. Encouragement and praise should be made in public; constructive
criticism is best made in private.
c. The coach is the best equipped to analyze and correct deficiencies in
soccer skills. Our attempts to be helpful in this respect may only confuse
the players.
d. The golden rule applies. Treat other players with the courtesy, respect and consideration, which we want other supporters to show our own players.

3. At soccer matches we will refrain from being argumentive or using abusive
language towards supporters of the players on the opposing team because we are aware of the following:

a. Others are judging us on our actions and words. We will always strive to insure that the results of this judgment are a verdict of SPORTSMANSHIP.
b. We will conduct ourselves in such a courteous and restrained manner that if called upon to do so, we could line up in front of the bleachers after the match and shake hands with each supporter of the opposing team in the same way players are expected to do after each match.

4. If our team loses, we will demonstrate our ability to cope with the loss in both deed and word, because we are aware of the following:

a. In soccer, as in other aspects of life, it is not always possible to win no
matter how supreme the effort.
b. When victory eludes us, we must learn to accept it as graciously as we do our triumphs.
c. It may be just possible that a loss is due to the fact that the opposing team played the match better than our team.
d. Our players should learn from our reactions to a loss that:

i. We feel they played their best; which just wasn’t good enough on
this particular day.
ii. They should hold their heads up high; there is no shame attached to honest effort – win or lose.
iii. There is always something to learn from a loss.
iv. There is nothing gained from brooding; players should be
encouraged to put the match behind them and look forward to the
next opportunity to play.
v. Seeking scapegoats, such as ‘biased officials’, ‘poor turf’, or ‘poor
performance by one or two teammates’ is not a mature or healthy
reaction to the loss. Such a crutch prevents acceptance of reality.

5. Whether away from or at the field, our words and actions should convey a
philosophy of soccer which includes:

a. The real purpose of soccer competition is to have FUN, to be able to
participate to improve skills, to learn sportsmanship, to develop a sense of responsibility and self-discipline, to develop a group loyalty and
comradeship, to learn to compete within established rules, to accept
decisions of authorized officials, to seek interpretation or change through proper channels and to develop sound minds and bodies.

-  Please understand that YOUR behavior has consequences and if YOU fail to follow the player and/or parent code of conduct YOU may lose YOUR privilege of attending events with teams that represent Bemidji Youth Soccer and Bemidji Extreme FA in the future.

THANK YOU TO OUR SPONSORS!

Please try to utilize our sponsoring businesses. They help us to improve Bemidji Soccer!

At Bonded Lock & Key, we are dedicated to providing our customers with high quality products and extraordinary customer service. Whatever your lock, key, and safe needs, we are prepared to serve you.  A premiere locksmith company and gun safe dealer.

Thanks for your support!

Laws of the Game